NIRS’s research examined the ownership of financial assets by class and race among the members of Generation X and the baby boomer and millennial generations. They based their definition of what constitutes a financial asset on the Survey of Consumer Finances, which states that it “consists of liquid assets, certificates of deposit, directly held pooled investment funds, stocks, bonds, quasi-liquid assets, savings bonds, whole life insurance, other managed assets, and other financial assets.” These assets can be important for one’s retirement security, but NIRS illustrated that “the majority of Americans own few financial assets that they can save and invest for their retirement.”

The report revealed that there is a troubling divide between the wealthiest members of each generation and lower-wage earners. Across each generation surveyed, the top 25 percent of households by net worth owned the vast majority of financial assets, with the top 25 percent owning 91 percent of assets for baby boomers, 89 percent for Generation X, and 76 percent for millennials as of 2019. 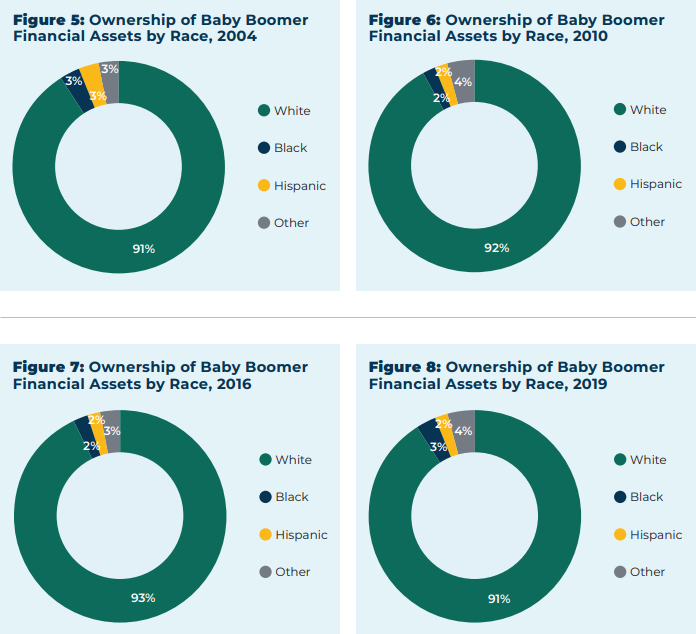 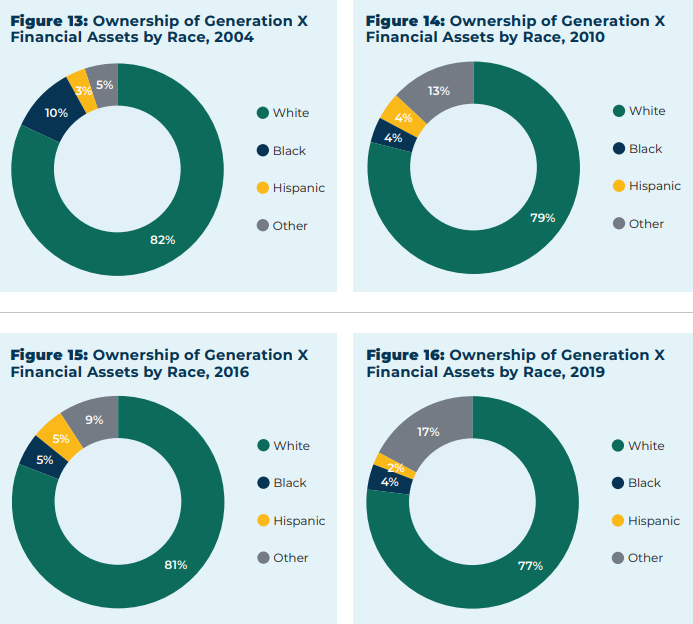